Radiesthesia is an ancient knowledge that studies positive and negative types radiation spots on Earth.

On the positive spots people feel content and calm. Radiesthesist measurement those radiations with pendulum or with electronic devices.

People often misinterpret the term radiostesy, for they link it to the radio and radio waves.

In the same ways as we detect cold or heat with our senses, we use various instruments and techniques to detect types radiation.

Electromagnetic radiations with lower frequencies and not enough energy to perform substance ionization.

The unit for electric field strength is Volt per meter (V/m). Currently, the highest value allowed in Slovenia is 12.9 V/m, whereas other countries have different threshhold values.

During this radiation include geobiological  such as radiation of underwater vessels, Hartman, Curry grid – crossing which we dowsing – measuring. 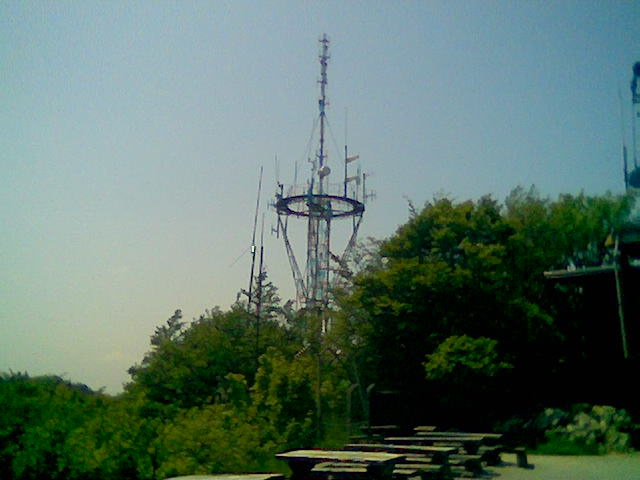 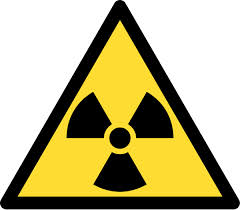 These are electromagnetic radiations with very high frequencies and thus enough energy to ionize substances and drive out electrons from the atoms. Hence the name ionization.

(radioactivity, waste from mines, radiation of the earth …)

For this reason, the source name ionization. Radiation (radiation) is the most dangerous to our health and ecology (appreciation, for example. Example of Chernobyl).

Is an ancient science that examines the positive and negative spots on Earth.

Due to its universality, it can also be used in combination with bio energy, feng shui. Even at homeopathy (some homeopathic practitioners use it for selecting the most appropriate medication, and others.

A renown healer and herbalist Rudolf Breuss says in his book Treatment cancer and leukemia this:

All those with cancer are laying on underground water veins. Therefore everyone who have cancer disease must call dowser – radiesthesist, to checke radiation in bedroom. If man still insist on geobiological radiations, even my effectice cancer cure could not help. 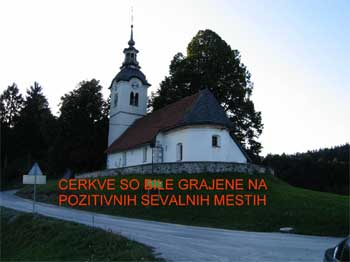 ALL TYPES OF RADIATION COULD BE MEASURED

Just like any other radiation (TV, computers, electric pollution, nonionizing radiation,etc.) and also natural radiation are invisible to our eyes and  they can have influence on our entire ecosystem in a very stressful manner in certain situations:

Bad spots i.e. spots which are the crossing points of  harmful geopathic radiation are not appropriate for longer rests (sleeping – bedroom). Due to negative radiation a person does not feel  well in such a spot. Also could cause restless sleep, often wakes up during sleep. All of these types of radiation affect on our energy shield (aura) and disturb funcioning of energy centres (chakras). Those makes troubles to the glands and body organs in certain parts of the body.

Every radiation structure has its own characteristics, while various combinations of radiation cause a line of problems, from smaller to chronic problems or even cancer. This can be seen also in plants and animals. For instance trees, flowers, etc., which grow on harmful cross-points of radiation are not successful and start to die.

RADIESTHESIA AND THE MOST COMMON SYMPTOMS OF HARMFUL RADIATION

RADIESTHESIST (DOWSER) AND RADIATION IN ROOMS

For apartment blocks and business blocks it is usually typical that radiations  on various floors are the same for the same locations of the room, regardless of the number of floors.

Because the bedrooms in such buildings are usually located one above the other, and the location of the bed is usually similar from flat to flat, the problems are usually the same with the majority of inhabitants. The differences can be ascribed to the difference in the time that they spend in individual rooms.

SAME DISEASE IN BLOCKS OR HOUSES -THE SAME POSITION

To explain this a bit further we should describe one of our measurements in a larger town in Slovenia. We measured an apartment in a block of flats. Our customer was over 70 years old and she was a widow for a long time. After the completed measurements radiations we discovered her problems as well as those of the deceased husband.

THERE IS NO COINCIDENCE, ONLY FACTS

The lady was surprised at the exactness of our radiostesy measurements and at the same time asked whether this was a coincidence. We asked her if she knows of a neighbour in an apartment bellow or above, who would have the bed in the same location.

She knew quite a few neighbours and we compared their problems to hers. The result was almost identical. All who had the bed situated bellow or above the husband were ill on their lungs or heart, some of them have already died.

The emphasis was also on the fact that they were not related, thus we can exclude genetic predisposition.

As far as bedrooms are concerned we would also like to emphasise that if possible they should mot be furnished with a television, Hi-Fi, computers, i.e. elements which are connected to the electricity grid.

It has often been shown that an inappropriate location of  bed can influence also (in)fertility or problems related to this and the development of the child.

The measurement has shown that the child was sleeping in a very unfavourable spot for sleeping. In this case we managed to provide the child’s  better sleep without any disturbances without neutralising with  Bio-stimulator, for all we had to do was move the child’s bed to a more favourable position. 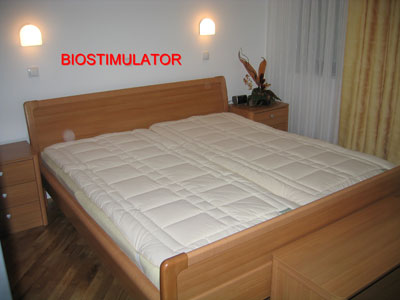 With our radiesthesy measurements  of Earth field radiation we can ascertain the existing problems as well as the possible future ones or prevent.

We measure and mark the unfavourable radiation spots and if necessary recommend the bed to be positioned on a more suitable position. If the bed can not be moved from practical or spatial reasons, we recommend to use of the neutralising protection shield Biostimulator. It also offers the natural method of self-healing.

We recommend the neutralising protection shield (Bio-stimulator) also for all other problems and illnesses, because it returns the missing energy to whatever part of the body necessary.
Numerous of radiostesy measurements radiations have shown, that radiation is a mayor cause of numerous problems and illnesses.

This has also been ascertained by numerous foreign experts in this field. The basic conclusion is that it is not enough to live healthy, we must also sleep on a healthy spot. Radiosthesy advice -dowsing is a suitable way to improve the person’s general wellbeing.