ALTERA in latin means a second opinion, our second meaning represents an alternative advice in the field of health.

ALTERA Company was founded in 1996. Ever since then, our work is focused on the exploration and study of limits of border science and  alternative counseling.

We are also manufactor our trademark of protection from geopathic stress zone – Biostimulator.

WE ARE SPECIALISED IN THE FIELD OF ALTERNATIVE METHODS

ALTERA, TRUST WITH TRADITION, SINCE 1996

They trusted us for many people, companies in Slovenia as well as abroad, we strive to be on for you !
Knowledge continually upgrading mainly from the long tradition of work and practice. That gives us the maximum practical knowledge, ie the part which we can not find from books.

ALTERNATIVE HEALING – IMPROVE YOUR HEALTH WITH US

In 2001, I finished the school for Biotherapist at mr.Stanojević. Later I completed a master of the reiki in 2009 finished  school  for system ORGANETIK (bio frequency), biotherapy method by Zdenko Domančić, Tesla Metamorphosis.

GET YOUR OWN EXPERIENCE – EVERYTHING IS POSSIBLE, BUT NOTHING WITHOUT YOU

In general, all those alternative methods works also effective on distance not just in live!

Proven are our clients with new or medical health examinations or in their better health and quality of life.

We are proud that our clients are coming back and were satisfied with us! 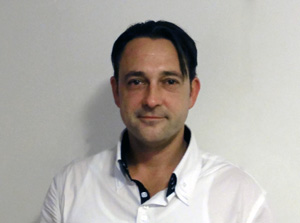 WE WISH YOU ALL A LOT OF HEALTH AND WELFARE!

All your problems to dedicate a whole, at the same time we do a challenge and motivation.

In some cases, we combine different methods work for the ultimate goal -Phasing or reduce problems.

In practice, treat the cases in which the cause is unknown, it is known only the result – a diagnosis or symptomatology.

In the world there is no two identical people, and even though both have the same diagnosis is not necessarily that one method is successful for both. So we combined and explore.

Rarely Asked ‘unusual’ issues require time and research. It is not necessary to be in the same second when you receive a call – we give an immediate answer. Often it is found only on the basis of the work (biotherapy – energy healing, radiation measurements, dowsing or other methods) to solve the problem.

Mostly, all this alternative methods works effective also on distance! 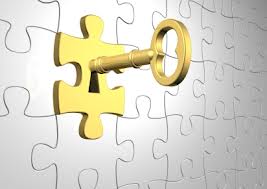 If I didn’t experience it, I wouldn’t be today what I am

My journey to what I’m doing was very diverse. As a child I was quite sickly, he allegedly began after vaccination (vaccination at the time I was sick).

Because of this, I was a frequent guest of the hospital to which I have fond memories despite the difficulties that I have had.

I had asthma, eczema on the hands, the final rheumatism, and later in primary school hypertension, for which I am already taking tablets (cordipin, olivine) for lowering blood pressure. I also had to 180/110 pressure, high cholesterol, arrhythmia.

Several accidents – I was in a coma for three days .. After the “dispute” in high school with my cardiologist I’m so automatically stayed without  tablets for lowering pressure.

Later, I got sick of mild psoriasis and chronic rhinitis – totally stuffy nose. I could not sleep caused by a dry nose and throat, severe headaches. This to me is kind felt most uncomfortable. I found it was an allergy.

In life everything is possible – as a disease that comes, it can pass!

The conclusion of doctor was, taking pils, it will be a constant in my life. This simply I could not take. Consuming “tablets –medicine”, but without success, even worse was that the side effects are worse than rhinitis alone. By the time I was very skeptical of alternative, after all, in those days it was quite a taboo, for example, there was no Internet;

Because of  my worse health, I chose an alternative treatment for my problems. Treatment was indicative 1 year. And since then, I have no longer  those problems .. It has opened my eyes and at the same enthusiasm, what is possible and it brought me to this, what I’m doing now.

I am a biotherapist – bioenergy, radiesthesist – dowser –RADIESTHESIA. On reflection, if I conclude, I think that I just had to get sick, that I realized the alternative side.

I am also happy for each letter, when someone tell us his experiences with us. This help many people who are also skeptical.  After all, point is to raise the quality of life, improve health.